As much as I love books, imagination and creativity….time and brain power were not on my side this year. Plus, I think a lot of people feel the pressure and either get really stressed or spend a fortune on the costumes. We don’t like doing either of those so we keep it simple and not too pricey.

The kids decided which character they wanted to be and it was a team effort from there. This is what we came up with…

James and the Giant Peach. He is wearing his school shoes, football socks, some chino style shorts and a stripy top. He used hairspray to make his hair stick up at the front. Then we printed a peach and the insect characters, cut them out and laminated them. We chose to hang it around his neck because he wanted a practical costume that wouldn’t stop him from working, playing or didn’t have to carry around. 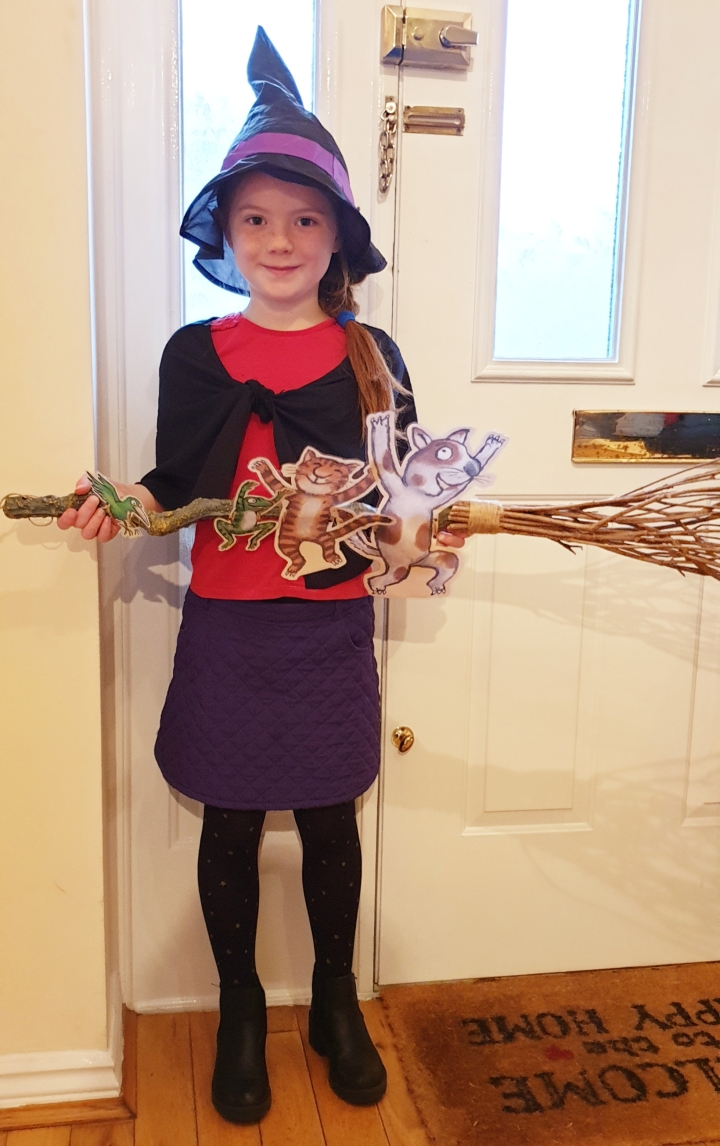 Room on the Broom. She is wear her black boots, black starry tights, purple skirt and her sisters red top, with a black ballet skirt as a cape! The witches hat and broom are from our Halloween box. We printed, cut out and laminated the animals she has on the broom and tied them to the broom (two holes in either side of the pictures). I also put some of my old clip-in hair extensions in her hair for an extra touch 😉 Haha! 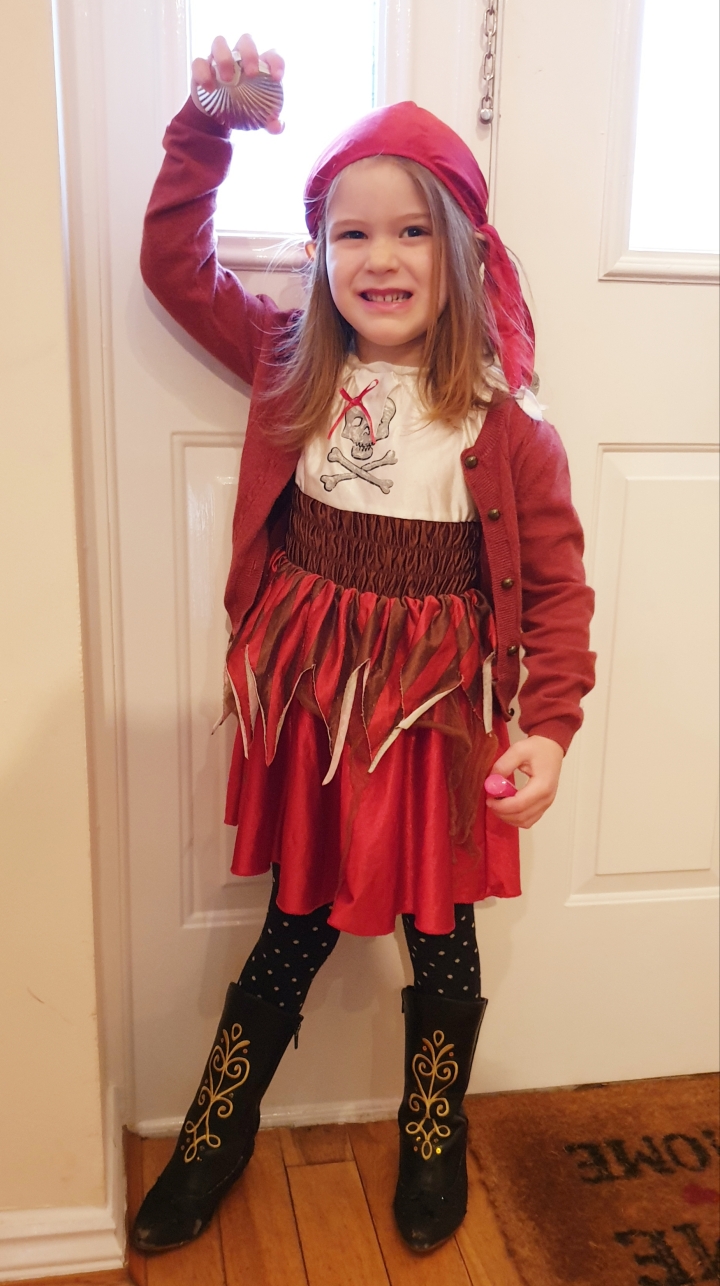 Charlie Cook’s Favourite Book. She is wearing her Anna (from Frozen) boots, black spotty tights, an old pirate costumes we had…I just had to fix it a little and make amendments…and she is wearing a cardigan because she was cold!! She insisted I straighten her hair and that she take her shell mirror as some treasure she found.

What did your kids dress up as for World Book Day?